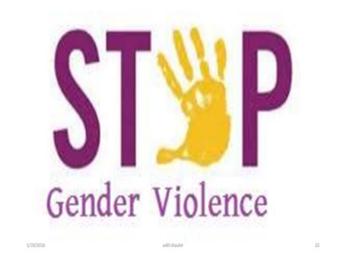 The GBV victim is defined as an individual whose rights have been abused or violated, and it’s described the human rights violations or crimes. UN Declaration of Basic Principles of Justice for Victims of Crime and Abuse of Power , and it is also used in the practice of the Rome Statute of the International Criminal Court.   The access to justice for GBV means conditions where necessary, amending domestic law to ensure that acts of violence against women are properly defined as crimes and ensuring appropriate procedures for investigation, prosecutions and access of effective remedies and reparation. Access to justice for individual women is often assumed to reside in a criminal justice response to the perpetrator. However, women may identify other aspirations as their idea of justice for the harm they have experienced: the ability to seek safety through effective protection orders; physical and mental recovery through good quality and accessible health services; and/or the opportunity to seek a divorce and a new life free from the violence of a spouse. Often these forms of justice must be in place before a woman subjected to violence feels able to embark on the process of seeking justice through the criminal law.

Although violence against women and girls is a widespread problem, the current GBV space in Somaliland is a fledgling one, and lacks strong support.  However, the social norms around GBV, it’s described there is strong beliefs that shows the sexual assault was the women’s own fault. If women and girls are dressed wrong, or it be wrong place or acted inappropriately. If she gets raped, it was blamed her for the rape. In general, the victim was seen as bringing the incident onto herself, with the community shaming them for their perceived behaviors.

Therefore, the access to justice for GBV cases in Somaliland, the juridical system in Somaliland justice system consist of four levels, including the supreme court, regional appeals court, regional courts and district courts. The Statutory laws were introduced to Somaliland during the colonial period. Moreover, in the panel system, there is the main branch of legislation that is used to address GBV cases, for example Articles 398 – 401 are the relevant provisions dealing with sexual attacks and crimes of morals and decency .  In Somaliland majority of GBV cases never reported and therefore do not come in contact with the formal justice system. Gender based violence (GBV) is common in IDPs, and become worsen during the emergencies. Increasing the number of rapes in the Somaliland and sexual gender based violence in 2018, 520 cases of rape were recorded by Ministry of employment, social affairs and family.   Bah-Koob is local NGOs, service providers for GBV victims in Somaliland, they provide medical documentation of assault, medical checkup, 72 hours of police investigation for survivors by interviewing at the Baahi-Koob center. They provide also CID follow up investigation, Survivor reports of police or medical services. Report sent to Attorney General Decision to pursue prosecution, if enough evidence exists. Prosecution and hearing Case will be prosecuted in the regional courts. Sentencing 5 – 15 years for rape, 1 – 5 years for sexual assault. Often are sentenced, or serve, less than mandated.

The GBV response and copy mechanism in Somaliland, the most of the survivors address GBV cases in many different ways, although most choose not to disclose their case, family, sexual assault centers, and GBV response organizations provide mechanisms to help survivors cope. There are overlapping systems of justice used to respond to GBV. Customary law is the most common mechanism, but can be detrimental to victim’s rights by using compensation or marriage to the perpetrator as redress. A strong judicial sector is key to ending impunity, but faces challenges like a lack of resources, high access cost, and a lack of trust by communities that it can deliver justice. There are a weak institutional framework and little data and information sharing.  In the aspect of the coping mechanism of the GBV in Somaliland, the Communities have developed a diverse range of mechanisms to assist survivors with the experiences of GBV. Silence is the most common response. Because of the stigma and shame surrounding gender violence, and the consequences that can occur if a case becomes public, women choose to hide the fact that they have been victims rather than disclose what happened and pursue follow up care.  It’s recommended, the strengthening existing laws and policies, approval of sexual offense laws, job creation and building inclusive economy,  strengthening the justice system, and elimination of any parts of customary law that support the perpetrators, and assigning sustainable resources of GBV in Somaliland national budget. 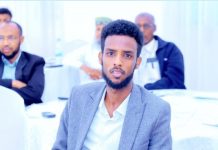 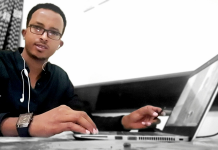 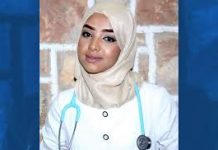