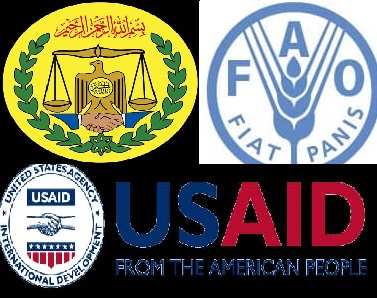 The Food & Agriculture Organization of the United Nations (FAO) handed over six new Land Cruisers to Somaliland’s Ministry of Agriculture Development to boost the spraying drive against desert locusts.

Ahmed Mumin Seed, minister of agriculture has thanked FAO for the great assistance during this difficult time. He said that the vehicles which are equipped with sprayers will be deployed in areas largely affected by the invasion of the locusts. The Minister has announced that helicopters are expected to arrive soon to Somaliland which will be part of the aerial spray interventions which is aimed at curbing the locust menace. FAO also donated six backpack sprayers and 1900 KG of bio pesticides which are part of the operations to control locust swarms in the country.

The chemicals used during the elimination of locusts won’t have any side effects on the humans, livestock and the environment. USAID has funded the project. Somaliland has sent pleas to the int’l agencies to help fight against the desert locusts which are spreading faster in the region and the country.

In close coordination/collaboration with the Somaliland government, the FAO representative to Somaliland has said in the handover event is part of the FAO’s overall efforts in supporting the countries in the region to control the desert locust devastation aiming to avoid loss of agriculture and pasture production as well as to improve the livelihoods of the communities. FAO was able to continue implementation of the planned desert locust interventions without duress despite the unexpected disruptions on global movements and supply chains due to the COVID-19 pandemic.

The desert locust, which is a National, regional and global problem, is potentially the most dangerous pest and cause significant crop and pasture losses. According to the e siting forecasts, the current situation is e trembly alarming and this need much attention and collective regional support. 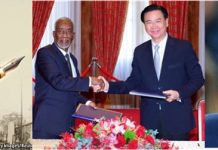 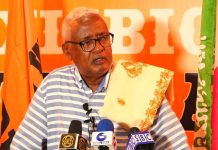 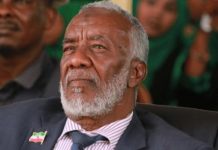