The parliamentary and local elections that took place in Somaliland on 31st May sent a clear and unmistakable message to the Somaliland’s powerful traditional leaders: the era of ‘dirty’ clan-based politics is over.

In a country where clans are the most prominent actors in the political arena, the Arab clan’s Generation Facebook (Generation F), as they’re called, rebelled against the powers that be by out rightly rejecting to vote for candidates fielded by their own clan elders, which is an un-heard of phenomenon in Somaliland.

Instead, young Arab clansmen and women, communicating through the Facebook and out of the prying eyes of their clan elders, voted in droves for candidates of their own choice, thereby breaking the big taboo- the long standing traditional clan-based politics that has been the hallmark of Somaliland for decades.

“Arab has been in the vanguard of the establishment of the State of Somaliland [in May 1991] when they had agreed to voluntarily decommission all their weapons and munitions while other clans were dithering and wavering to hand over theirs”, Boqor Buur-Madow, a leading Somaliland traditional leader, was quoted as saying.

“Today we are witnessing another historical moment in which Arab youth has opened a new chapter in Somaliland politics by voting for candidates of their own choice rather candidates from their own clan,” Boqor Buur-Madow added.

As a result of this sudden departure from traditional clan norms by young people, Arab candidates have been decimated in the polls and have virtually lost every seat they contested up and down the country. The young people simply refused to show allegiance to the candidates fielded by their own clan elders.

While this is not the only reason why Arab lost so many seats, it’s, by far, the single biggest reason that led many of their candidates to bite the dust. No one could foresee the rebellion that was coming until it hit Arab right in the face at the last minute.

But not only this has pulled the rug under the feet of Arab clan elders and political elite but it has also struck fear into the hearts of the clan fundamentalists across the political spectrum, who solely choose their candidates along clan lines.

As the dust settles, it has become increasingly clear that young Arab men and women have been unsuspectingly plotting behind their elders’ backs all the time, using their favourite social media- Facebook. They knew that their elders’ are technophobic or dislike advanced technology or complex devices, especially computers.

The young Generation F are fed up of a political discourse dripping with the poison of clannism and the fact that clan elders never take into consideration of their opinions or issues affecting their lives.

Now, the young people have decided to turn the country’s political system upside down by using their votes.

Non-Arab candidates who benefitted from this new voting exercise broke the record for the most number of votes ever cast for parliamentary and local council candidates in Hargeisa, Somaliland’s capital.

Whether young people from other clans will follow suit or not remains to be seen. 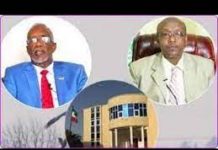 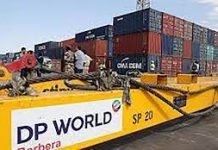 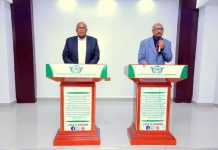